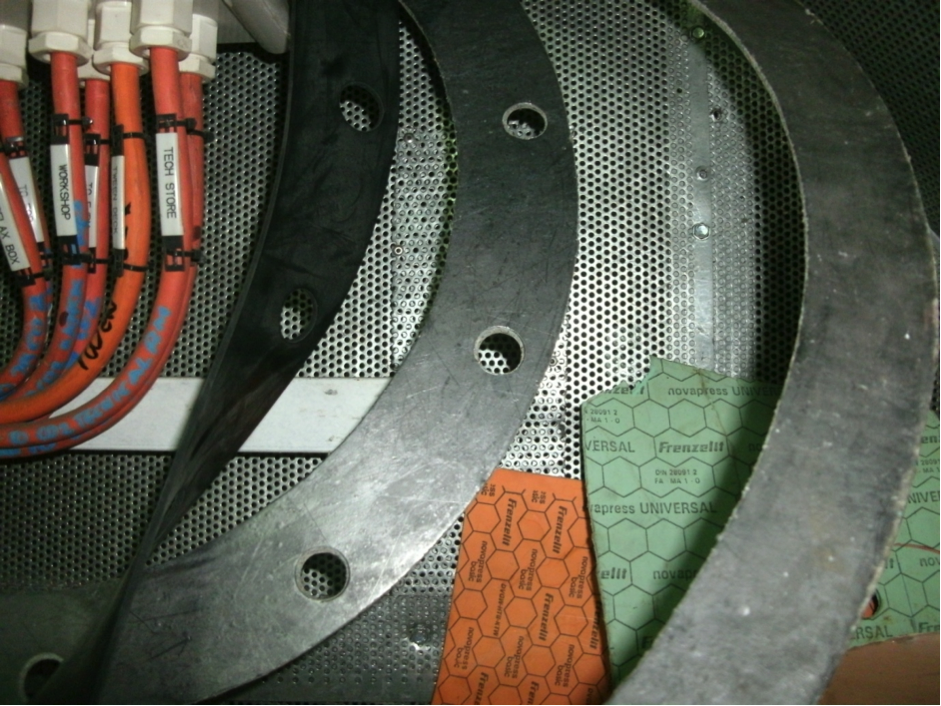 A full ban on ACM’s (asbestos containing materials) has been in effect since 1999 in the UK. So would you expect to find asbestos when surveying a vessel built in 2010? The answer is yes! The booming economies of India, Indonesia, China and Russia are still using asbestos, and the shipbuilding giant that is South Korea only issued a full ban in 2011. Because of this, asbestos can be expected to be found in ships built in these countries until fairly recently. Even though asbestos is not permitted on board vessels built after 2002, “spares/or replacement materials” (such as the gaskets pictured) acquired in ports in which countries still permit the use of asbestos is a genuine risk to the ship being asbestos-free, and thus is not helpful when implementing & maintaining a ships “Inventory of Hazardous Materials” (IHM).

We were recently commissioned to carry out asbestos surveys on Chinese built supply vessels; gaskets containing Chrysotile (white asbestos) were observed and sampled on all vessels, but only found in engine room work-shops as “spares”.

It is vital asbestos surveyors bare in mind the historical and political information, regarding the global usage of asbestos, before conducting asbestos surveys on board ships or offshore installations.

HFS Environmental was founded in 1994 by Managing Director Cliff Healey, who is a professional Occupational Hygienist, and became a limited company in January 2007. Since its conception, HFS has founded its reputation on quality, value for money, impartiality and integrity.

Using these principles we have successfully built and maintained a solid Asbestos Management client base, helping to ensure our future growth. HFS Environmental can provide an extremely competitive service for customers that wish to undertake any type of asbestos management projects.

Our existing customers include a number of blue-chip organisations operating across a diverse range of environments and industry sectors such as the marine, utilities, property development, local authorities and management consultants to name but a few. Customers often commission HFS Environmental in a supervisory capacity utilising both asbestos air monitoring and asbestos consultancy services to ensure deliverance of asbestos remediation works to the highest standard.